Liverpool – it”s not just the soccer that has people flocking there. Crowned European Capital of Culture 2008 with its unrivalled architecture and heritage, including its world-famous waterfront, this city is filled with wonders and happenings so you”ll never walk alone.

Last year saw Liverpool celebrate its 800th birthday celebration in full grandeur with a spectacular four day party full of pomp and Rock and Roll over the August Bank Holiday.

The city is no grand old dame though as reflected in its choice of events to celebrate its birthday, its maritime heritage and its status as one of Britain”s musical hotspot. The extravaganza centred on six key events which is a mix of pageantry, extravagant fireworks display and a line up of street parties and musical festivals celebrating its maturity” and yet at the same time showcasing it”s continuous development as a vibrant and youthful city.

Liverpool gave London a run for its money with street parties, the highlight being none other than the annual Matthew Street Music Festival. This was followed by a civic service at St Nicholas Parish Church and a Historical Pageant and Procession through the city centre to echo the 700th anniversary celebrations in 1907. The memorable celebrations culminated with the birthday finale: Europe”s largest fireworks display, fired off several key buildings.

The renowned Mathew Street Music Festival takes place annually in Liverpool. It is a massive festival that attracts renowned and up-and-coming UK artists. This was a by-product of the Beatles Convention which has become the annual Beatlemania celebration. The festival is a mixture of new Brit music and Beatles tribute that takes place throughout the city at different venues and stages.
And if that”s not enough ”08 sees the biggest Liverpool Music Week to date. Liverpool will once again be at the centre of the musical universe when it showcases an incredible programme of musical talent culminating in the MTV Europe Music Awards. Established with a single event in ”03, it is now the UK”s largest indoor festival. The fortnight begins with the launch of Liverpool Electric, which plugs into the BBC Electric Proms and finishing off with the MTV Europe Music Awards ¨C 10 days that will be etched on every music fan”s radar in autumn 08.

You could say that Liverpudlians owe four mop tops for placing their city on the global map. For it was their music that inspired one of the greatest musical cultures, Beatlemania, burning bright throughout the 60s taking over not just the country but the whole world. During the month of August, the streets of Liverpool comes alive with Beatles songs, memorabilia and impersonators.

Starting out as a straightforward convention, the very first Annual Beatle Convention took place on the 29th August 1981 with local bands that brought back not just Beatles music but the music era of the 60s. Over the years, the event has evolved from a fourteen hour convention to a two day musical feast and now to a week”s mayhem of live bands, talks, flea markets and Beatles tours.

Beatlemania kick starts with a free gig at the Cavern Pub. Look out for the ‘Wall of Fame’ with each brick ¨C over 1,800 ¨C bearing names of bands who have played in the Cavern since 1957. The jewel in the crown is the glass cabinet protecting John”s Rickenbacker, Paul”s autographed Hofner Bass, George”s Gretsch and Richard”s Ludwig drumkit from any overzealous Beatles fan or collector!

Fanatics and collectors will be seen flocking to the auction by The Beatles Shop during the week of celebration. Part of Beatlemania, Penny Lane, steeped in Beatles history, has been integrated into the programme with its very own Penny Lane festival where gigs and events with bars and restaurants getting into the theme serve up an audio treat to accompany their cuisine! What better way to celebrate the Fab Four?

Being awarded European City of Culture 2008 is no mean feat. It lay as testament, the development and contribution of Liverpool as a cultural powerhouse. It charmed the world with the music of The Beatles and outside of London stands as the city with the most museums and galleries. It has a rich history for producing some of the best actors, actresses, playwrights and poets the UK has ever seen. Indeed it is a paradise for culture vultures. As such it offers a number of theatres, some with histories, others known for their architecture and then some for their community outreach programs.

The oldest theatre is the Playhouse Theatre that started out in 1866 as the Star Music Hall. It has nurtured Sir Michael Redgrave, Sir Ian McKellen and Sir Anthony Hopkins before they turned heavyweights in the theatre and arts scene. There is also the Everyman Theatre. First a chapel, then a cinema, this younger sister of The Playhouse was founded in 1964 in an area of Liverpool noted for its bohemian environment and political edge, attracting bold local talent from visionary directors, interesting writers and young acting companies. There are many more gems, including the Empire Theatre that started out in 1866 as Prince of Wales Theatre and the Opera House; the radical Unity Theater offering audiences both performances and independent films and the multi-talented Royal Court Theatre that feature plays, musical events and ballets.

Other festival highlights throughout the year include Design Show Liverpool in June that is set to become an important event in the international design calendar. The month of June also sees the much anticipated Theatre in the Park, where Spike Theatre presents the classic Lewis Carroll tale, Alice in Wonderland. Performed by a cast of 40 utilising puppetry, live music, and song some of Merseyside”s lesser-known parks are transformed into a magical wonderland.

Look out also for Liverpool Arabic Arts Festival that runs the month of July. The UK”s only Arabic arts festival celebrates local and international Arabic culture with an exhibition of contemporary art from the Middle East with Open Eye Gallery as well as music, dance, literature, theatre and food. In September, Liverpool sees the quirky Street Theatre at the Hope St Festival where one can expect up to 20 ridiculous market stalls, specially invented street musicians, roof top hawkers, flapping carpets, singers and vendors of every description to join in the proceedings. These performances will incorporate lots of original music and songwriting / inventive sound installation/ much design, performance and sculpture. The whole experience will be a cacophonous hurly burly somewhere between the world of ”Oliver!” and Marrakech. 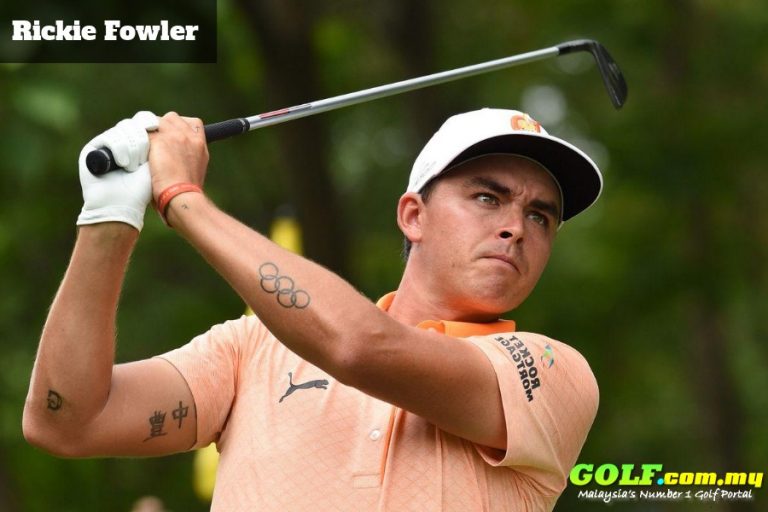 Radio24 is one of the radio stations which aired primarily in Peninsular Malaysia. The station is owned and operated by Bernama, the

TraXX FM is one of the most established radio stations in Malaysia. It’s slogan is ‘Travel N Music’ where it was formerly

Natasha Andrea Oon – Topping the lists in her category and making her way up the golf rankings
June 7, 2021

Shariffuddin Ariffin – Local boy with big dreams to compete in the world of golf
February 10, 2020

Shariffuddin Ariffin is a professional golfer representing Malaysia in some of the major tournaments in the circuit. Fondly known as Dino, he

Get the right swing on tee-off and watch the ball fly where you want it to
June 7, 2021

Let’s be very clear before you start. Only through practice will you improve on your golf game. That goes for every facet