The Malakoff Malaysian Duathlon Series (MMDS) is a series of three ‘warm up’ events that lead up to Powerman Malaysia 2002.

MMDS, in a run-bike-run format, is also a points race series which allows the top athletes within each category in the series, free entry into Powerman Malaysia. However MMDS is not a qualifying event for Powerman Malaysia.

race in the Asian region to the Powerman Zofingen World Cup Finals in Switzerland 2003.

Open to all above 21, this year Powerman Malaysia offers 50 qualifying spots to the top finishing
athletes. As a lead up to the event, a specialised training workshop, run by the Worlds top athletes will add even more flavour to this ‘SPICY HOT’ event.

As you can see graphically in the 2002 timeline above, the first MMDS race starts the 23rd of June and followed six weeks later  by another MMDS in August 4th and again on September 8th before rounding up with POWERMAN Malaysia on 27th October 2002.

The MMDS sets the scene for Malaysian athletes (from the Pro’s, Semi Pro’s to the weekend warriors) to train for the the BIG BANG POWERMAN.  POWERMAN Malaysia then acts as a Regional qualifier to the POWERMAN World Championships, which will be held in Zofingen, Switzerland in 2003.

Rules and Regulations for the Malakoff Malaysian Duathlon Series

A competitor / participant may be disqualified for the following

i. refusing to follow rules and regulations and / or instructions of race officials.

ii. consumption of alcohol, stimulants or any kind or other drugs 24 hours before the race.

If a participant is deemed to be physically incapable of continuing the race without subjecting him / herself to severe physical harm (ie : weight loss of 10%etc) The organizing committee has the right to remove him/her from the race the committees’ decision is final in determining removal / disqualification.

Complaints of being fouled by other competitors or notices of violation or protest need to filed in writing with the organizing committee within 30 minutes of completion of event. With a RM150 deposit, if your protest is successful the deposit will be returned.

The organizing committee reserves the right to amend the rules accordingly.

All finishing participants will get a “Certificate of Participation”

Prize money will only go to the Top 5 athletes in the open categories and Top 4 in the age group categories, provided they finish within the stipulated cut off time.

In the instance, of only one person in an age group category, The person will have to finish within the stipulated cut off time to be recognized as the Top athlete in his/her age group.

To earn an “OFFICIAL FINISHER” medal. Participants will need to finish within the officially stipulated cut off time.

Competitors may only use their designated bike bays / racks.

Competitors must not interfere with another competitor’s equipment in the transition area.

Cycling is strictly prohibited within the transition area.

Nudity or indecent exposure is strictly prohibited and forbidden.

Competitors may run or walk.

Competitors may not crawl.

Competitors are not allowed to run with a bare torso.

Competitors must wear their race numbers both on the front and back of their t-shirts or tops during running.

Support vehicles or pacers are not allowed (Please see ruling on drafting).

The responsibility of keeping on the course rests with the competitor. Any competitor who appears to officials to present a danger to themselves or others may be removed from the competition.

A competitor is not allowed to block others.

A competitor is not allowed to make forward progress without a bicycle.

A competitor may run or walk with their bike.

A competitor must obey traffic laws unless otherwise directed by an official.

A bare torso will not be permitted while cycling.

Competitors must ensure that their race numbers are clearly visible both on the front and back of their T-shirts or tops during cycling.

Cycling helmets are compulsory during the entire bike course. Any competitors seen riding without a helmet will be disqualified.

Headphones, headsets and glass containers are not permitted.

Individual support vehicle and support crew are not allowed.

Aero bars and clip-ons may be used, all ends must be plugged.

No wheel may contain mechanisms which are capable of accelerating it.

This is a non drafting race the following rules apply :-

a) Drafting of another competitor or motor vehicle is forbidden. Competitors must reject attempts by others to draft.

b) A competitor is entitled to any position on the course, provided they get to that position first, without contacting others. When taking a position, a competitor must allow reasonable space for others to make normal movements without making contact. Adequate space must be available before passing.

c) A competitor who approaches from any position to take advantage of the draft bears responsibility for avoiding the draft.

The draft zone for all competitors will be a rectangle 5 meters long by 2 meters wide.

A competitor may enter the draft zone of another competitor, but must be seen to be progressing through that zone.

A maximum of 15 seconds will be allowed to pass through the zone of another competitor.

Drafting is defined as,

A competitor may enter a bicycle draft zone (subjects to official’s judgement) in the following circumstances:

a) If the competitors enters the draft zone, and progresses through it within 15 seconds

b) For safety reasons

c) At an aid station

d) At the exit or entrance of the transition area

e) At an acute turn

f) If race officials exclude a section of course because of narrow lanes, construction, detours, or for other safety reasons.

A competitor is passed or deemed to be overtaken when another competitor’s front wheel is ahead of theirs.

Once overtaken, it is upon the onus of the overtaken competitor, who must immediately move out of the draft zone of the leading / overtaking competitor.

D.2.1 First infringement of the drafting rule, a warning will be given by

race officials in the following manners:

a) Sounding a whistle or horn.

b) Waving of a red flag

D.2.2 Second infringement, a 10 min. stop and start ruling will be

b) Showing a yellow card

c) Calling the competitor’s number and yelling ‘STOP’ in English.

b) Showing a red card.

c) Calling the competitors name and yelling STOP in English

Disqualification is a penalty appropriate for a violation.

A disqualification will be signaled in the following manners:

b) Showing of a red card.

c) Calling of the competitors name and yelling STOP in English

A competitor may finish the race after an official calls for a disqualification. A competitor may appeal the decision in accordance with the provisions of Section L of the ITU rulebook.

· A competitor may be disqualified for the following :-

· Using abusive language or behavior untoward / unbecoming towards any official or unsportsmanlike behaviour.

· Blocking, charging, obstructing, or interfering with the forward progress of another competitor.

· Refusing to follow the instructions of a race official.

· Departing the course for reasons of safety but failing to re-enter at the point of departure.

· Leaving equipment or discarding personal articles on the course. Tires, plastic bottles, and discarded items must be placed safely off the course.

· Wearing items deemed a hazard to self or others ie : a hard cast, obtrusive jewelry, headsets, headphones

The organizing committee reserves the right to amend the rules accordingly.

The Race Directors decision is final

Hitting a draw with a driver 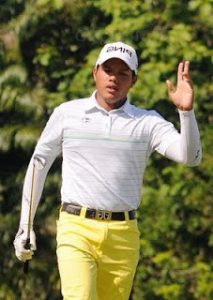 Anis Helmy Hassan – A true sportsman from a family of golfers

Malaysian golfer Anis Helmy Hassan has been a professional golfer for four years since 2006. However, he has yet to gain popularity 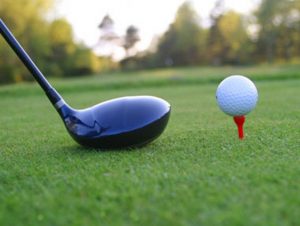 The term Driver is perhaps one of the most popular words used in the game of golf. It is one of the

Join us and be part of our community of over 7,000 members ABSOLUTELY FREE!​