Golf in Malaysia is a popular sport loved by players of all ages. In the last decade, several Malaysian golfers have been successful not only in the local and regional scene but also internationally. We have had players like Gavin Green who has already won 2 Asian Development tours and putting Malaysia on the world map. Meanwhile, Malaysian female golfers have been doing extremely well too with players like Kelly Tan who has been working her way up in the LPGA circuit.

Below are some of the top Malaysian golfers around the circuit today. 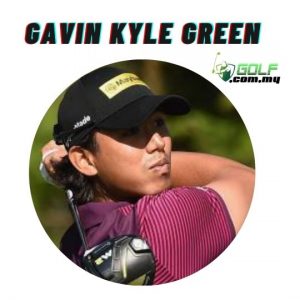 Gavin is perhaps one of the most remarkable Malaysian golfers in recent years. He has been regarded as an emerging talent where he has played among the seasoned veterans and outperformed them as seen during the 2013 edition of the Maybank Malaysian Open in which he took home the top performer’s award. Gavin turned Pro in 2015 and has not looked back since. In his career, he has played with the likes of Ernie Els and Sergio Garcia and was the first Malaysian to win the Asian Tour Order of Merit back in 2017. 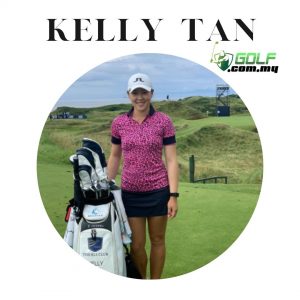 Kelly’s most notable achievement came in 2016 when she qualified for the Summer Olympics in Rio 2016. She took part in 6 events in 2016 and made 4 cuts while winning her first pro title at the 2019 Florida Natural Charity Classic. Kelly brings a lot of new and fresh perspective to Malaysian golf. She skipped the Myanmar SEA Games in 2011 and 2013 to focus on her effort to qualify for the LPAG tour that year. The Sime Dary Foundation Scholarship golfer studied at the IMG Academy in the US where she was previously one of the best achieved of the LPGA Sime Darby event. 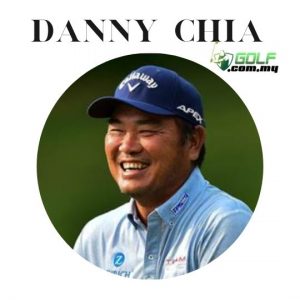 Danny Chia is perhaps one of the most seasoned Malaysian golfers in the circuit. He was the first Malaysian to play in the British Open or more fondly known as the Open Championship back in the days. Among all the Malaysian golfers, Danny has won the Taiwan Open where he was the first from the country to do so. He recently underwent a shoulder surgery and came back stronger than ever when he won the 2014, Northport Glenmarie Masters under the Asian Development Tour. 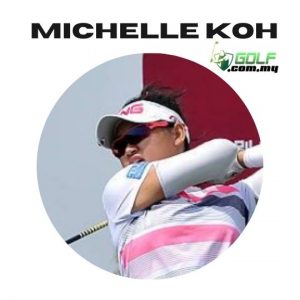 Michelle has been making steady progress in the ladies circuit both locally and internationally where after winning several amateur tournaments went pro in 2014. She represented Campbell University during her studying years and has since raked in wins at the Warren-Ford Amateur Open (Amateur) and the CTBC Shanghai Ladies Classic and Kenda Tires TLPGA Open after turning pro. In 2019, she finished T35 at the Taiwan Mobile Ladies Open and T7 at the TLPGA and Royal Open. 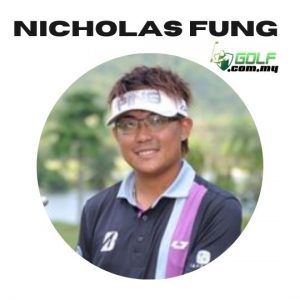 The Sabahan has been performing extremely well in recent years, putting him among the top in Malaysia. Started out at the age of 12, he played until 20 before becoming professional. In 2010, he took home the Mercedes-Benz Vietnam Masters while winning his second Asian Development Tour title in 2015. Nicholas played in the 2020 Bandar Malaysia Open where he finished T58. A year before that, he finished T19 at the PGM Maybank ADT Championship.

Sukree represented Malaysia at the Doha Asian Games in 2006 and that would be some of his remarkable achievements. No stranger to the local circuit where he has won several competitions, he won the Perlis Classic in 2013 and the PGM Harvard Classic 2 years earlier. He previously participated in the Maybank Malaysian Open as well as the Selangor Masters while making good progress at the ASEAN PGA Melaka Championship. He also played in more recent tournaments like the 2019 editions of the PGM Maybank ADT Championship where he finished T36, the PGM MIDF ADT Championship finishing 13 and the 2019 PGM ADT Championship @ Tiara Melaka where he finished T2.

A new addition to the list, Kemarol Baharin is a graduate of the prestigious Sekolah Sukan Bukit Jaliil. He was hailed as the Tiger Woods of Malaysia by some quarters and he does not disappoint where he has since won his third PGM title to add to this already illustrious record. As one of the youngest players in the local circuit, Kemarol has been widely regarded to be the one to watch by his rivals. He has been actively competing in the last few years including finishing T28 at the 2019 PGM MIDF ADT Championship and T10 at the PGM Northport ADT Championship. At the PGM ADT Championship @ Tiara Melaka meanwhile, he finished T17.

Shaaban Hussein might not be a renowned name but this will change in the golf circuit in the coming years. In 2011, he finished sixth at the prestigious Brunei Open while making significant progress at the Indonesian Masters as well.

This golfer has been playing in the Asian Tour as early as 2003 and it was only 4 years later that he won the tournament. He would then win the Asian Tour which makes him the second Malaysian to achieve this remarkable feat. Meanwhile, Airil has won 8 titles in the PGM circuit which is among the most in his class. Since then, he has not looked back and charted his career through the tours where he finished T28 at the 2019 PGM MIDF ADT Championship, T10 at the 2019 PGM Northport Championship and T17 at the PGM ADT Championship @ Tiara Melaka that same year. 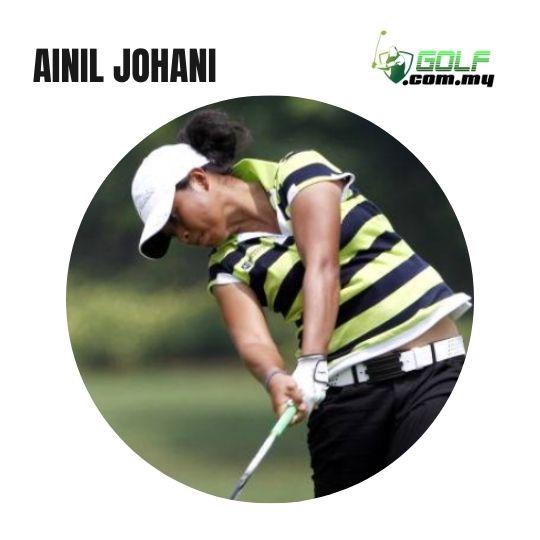 Another top female golfer, Ainil has been very successful in the golfing circuit where she turned professional in 2000. Since then, she has been actively participating in tournaments where she has already won the 2013 Kenda Tire TLPGA Open, among other achievements. Among her recent tournaments include finishing 1 at the 2019 Road to La Largue Final 2019, T24 at the Rugenwalder Muhle Ladies Open 2019 and T36 at the Trust Golf Thailand LPGA Masters 2019. 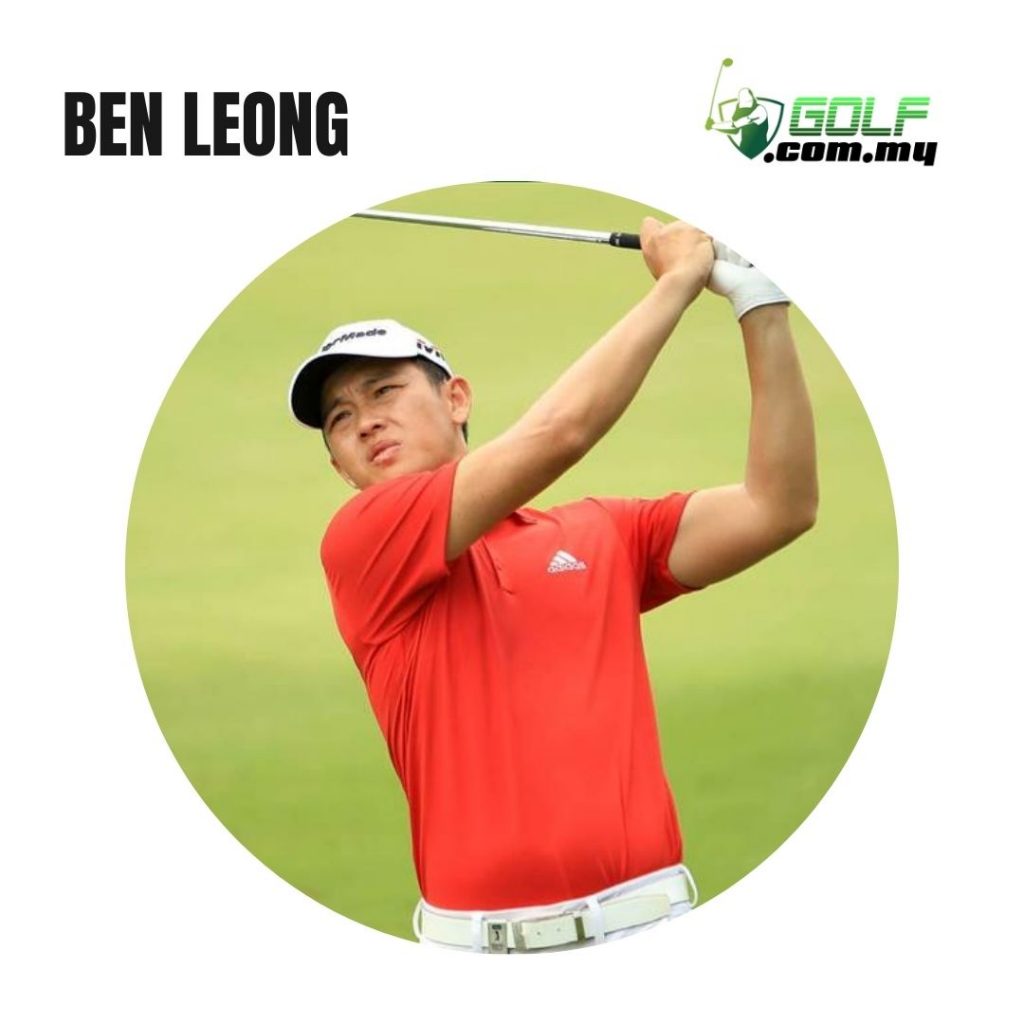 He has been an active pro golfer for many years who won the 2006 Asian Tour qualifying school as well as the 2008 Worldwide Selangor Masters. Ben has had 3 professional wins in his career where as an amateur won the 2003 and 2005 Southeast Asia Amateur Championship, among his other successes. He had also previously won the Terengganu Masters while finishing 2nd at the 2019 Sabah ADT Championship. and T6 at the 2019 Thailand Open. In 2017, Ben won the PGM Northport Championship and.

Known among the golfing community as Jean Chua, she is one of the top female golfers in Malaysia. Jean has previously won the Thailand LPGA Open since going professional in 2009 and has been making inroads ever since. She went pro in 2009 and has been playing in major circuits ever since. A graduate from the Wake Forest University, North Carolina USA, Jean won the Hong Kong McGregor Junior Open at the age of 15 in 2003.

Despite being quite new to the circuit, Aretha has achieved a lot more than many in the community. She won the SUKMA and turned pro in 2013. She joined the Ladies Asian Golf circuit where she finished 17th among the 100 players, which was one of the best results by any Malaysian golfer ever since. Won the bronze medal in the team comprising of Kelly Tan, she was the winner of the Malaysian Amateur Open 2011 for Ladies Division and many other tournaments as well. Aretha recently played in the Mitsubishi Heavy Industries Orient Masters where she finished T2 while finishing T4 at the 2019 TLPGA and Royal Open. In 2020 meanwhile, she played and finished T40 at the Hitachi Ladies Classic.

He has won the 2005 Malaysian PGA Championship, the 2004 PFP Classic and 2002 Windsor Open in Thailand and many more in the country. Among the highlights of his career was when he qualified for the 2000 World Cup together with another Malaysian pro golfer, Danny Chia which was held in Argentina.

Born in Sabah, Steel has played in tournaments like the 2013 Ballantine’s Taiwan Championship and the 2013 PGM Terengganu Masters. He is considered as one the most experienced players in Malaysia in which he has played in the PGA and Nike Tour previously. Based in the US, Iain has been successful in many top golf tournaments where he has finished in the top 10 of UBS Hong Kong Open, Iskandar Johor Open and was once third at the Worldwide Selangor Masters. 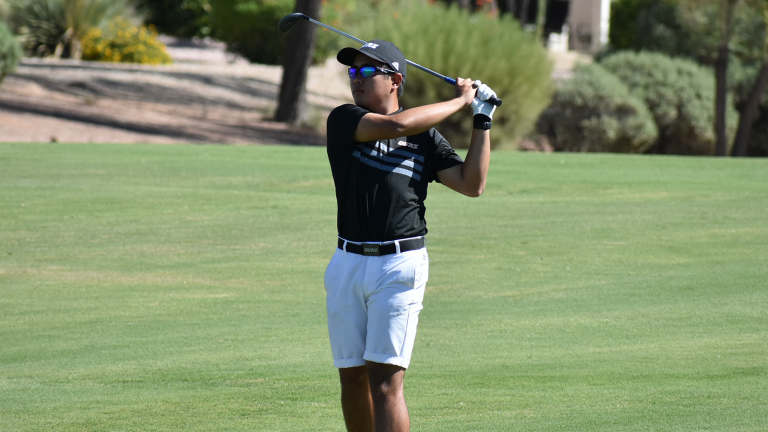 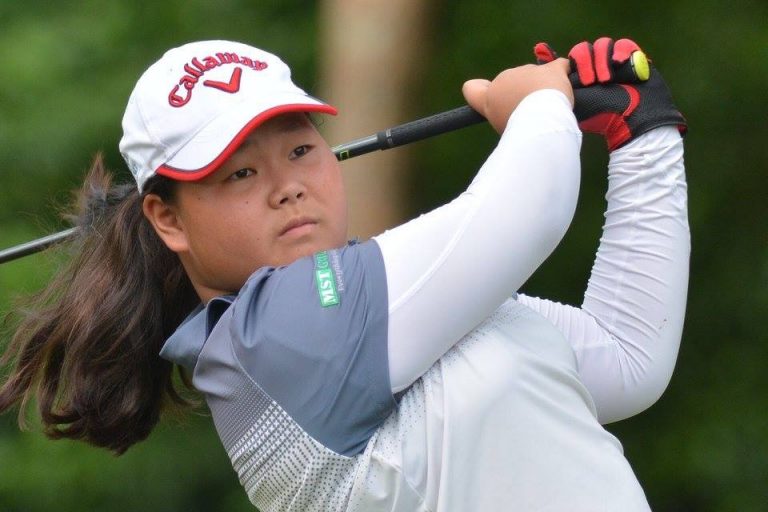 One of the most exciting young amateur golfers from Malaysia recently would surely be Mirabel Ting Ern Hui. The sister of Malcolm Ting, Mirabel has

Jocelyn Chee Yi Min is a Malaysian amateur golfer who is currently based overseas. She was a student at the Regent International School in Sungai

Vinisha Gunaseelan is a Selangor-born amateur golfer who in 2020 been selected to play for Illinois State. She was previously with the North Dakota State

Jeneath Wong is a Malaysian amateur golfer. The Melbourne-based player goes to the St Catherines School there. Charting her name in Australia for Malaysia golf

Between 2018 and 2019, Malaysian golfer Ervin Chang has had some very amazing achievements in the regional golfing circuit. Started winning from a young age

Marcus Lim Pang Chuen has been in the golfing circuit from an early and young age. He achieved success from as young as 9 when

Galven Kendall Green is the brother of one of Malaysia’s top pro golfers, Gavin Green. Born in Melaka, he is set to be on his

Casper Loh is one of the up-and-coming Malaysian golfers who has been achieving much success in the golfing circuit. In 2016, Casper won the 4th

Low Khai Jei is one of the young and emerging professional Malaysian golfers. He burst into the golf scene after winning the Professional Golf of

It is not every day that one gets to hear the good news of great achievements especially in the sport of golf. Malaysia is one 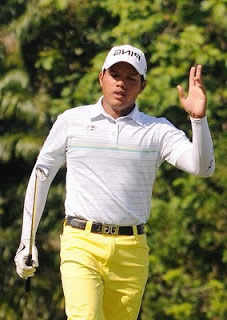 Anis Helmy Hassan – A true sportsman from a family of golfers

Malaysian golfer Anis Helmy Hassan has been a professional golfer for four years since 2006. However, he has yet to gain popularity except for the

If you are in the business of the golf game, then Golf Business Solutions could well be your answer to the running

Kemarol Baharin is among the rising golfers from Kuala Lumpur, Malaysia. He was recently among the top 20 Malaysian golfers as part 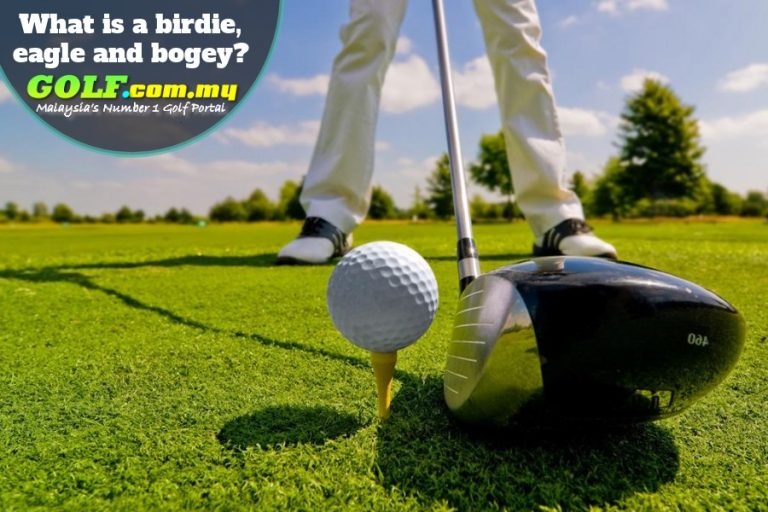 In simple terms, Par refers to the number of strokes a golfer is expected to finish the game. This could be in 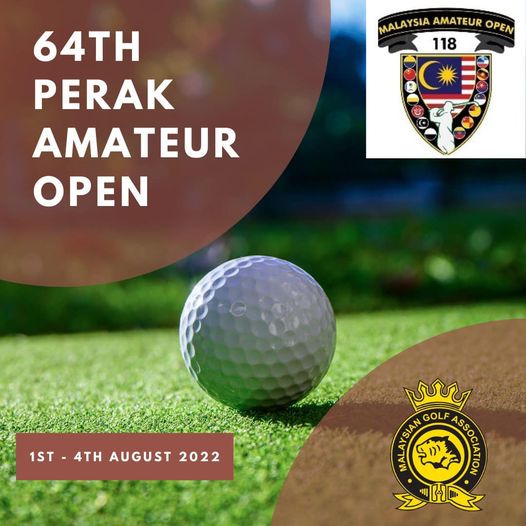 The PERODUA National Amateur Golf Series or PNAGS as is fondly known will be teeing off from 21st May 2022. PERODUA has been the 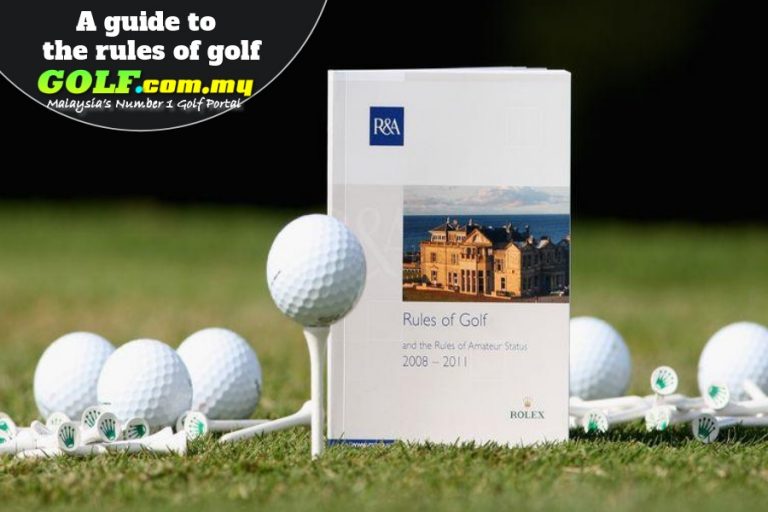 Golfing has a very unique game play when compared with other types of sport. Where most sports require the player to compete